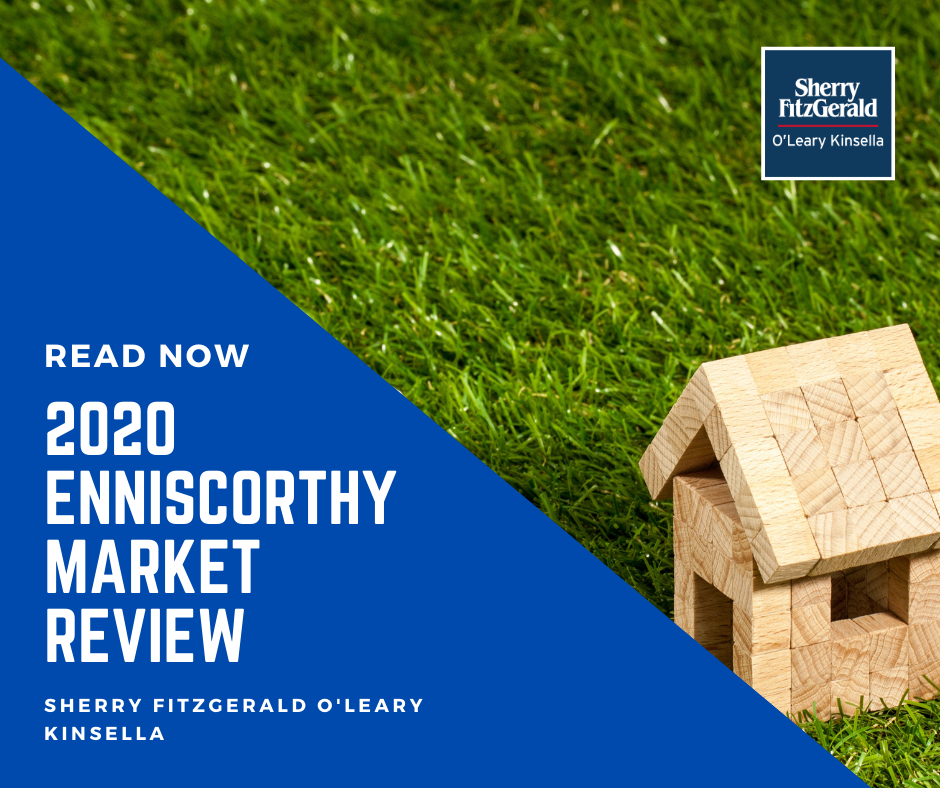 What a roller coaster year it has been, probably one of the most volatile property markets since the downturn in 2007. With prices slightly rising at the start of the year, then taking a small downturn in the first lockdown but increasing ever since we emerged in June.

Getting down to the figures, the daft end of year property report was released on the 18th Dec and its stated that average asking prices in Wexford have increased by 8.6% from last year to €218,267. An interesting stat from the report is that in Leinster prices are 75% higher than the lows of 2013.  This is in line with whats been reported nationally and recently by the media that prices have started to increase again. Looking closer to home in Enniscorthy, in my last report in October, the average medium sale price was at €148,000, this is now jumped up to €157,000 (myhome valuation analysis), an increase of €9,000 in just three months!

We reported a couple of months ago an increase in our sold properties this year when compared to last year and this has continued with both November and December ahead of last years numbers. December saw a large increase with last year just one property closing, while this year we have closed 6 properties. Looking in comparison from 2017 to 2020 in the bar chart below, from August to December, you can really start to see the year on year increase, with 12% more properties closed this year than in 2019! 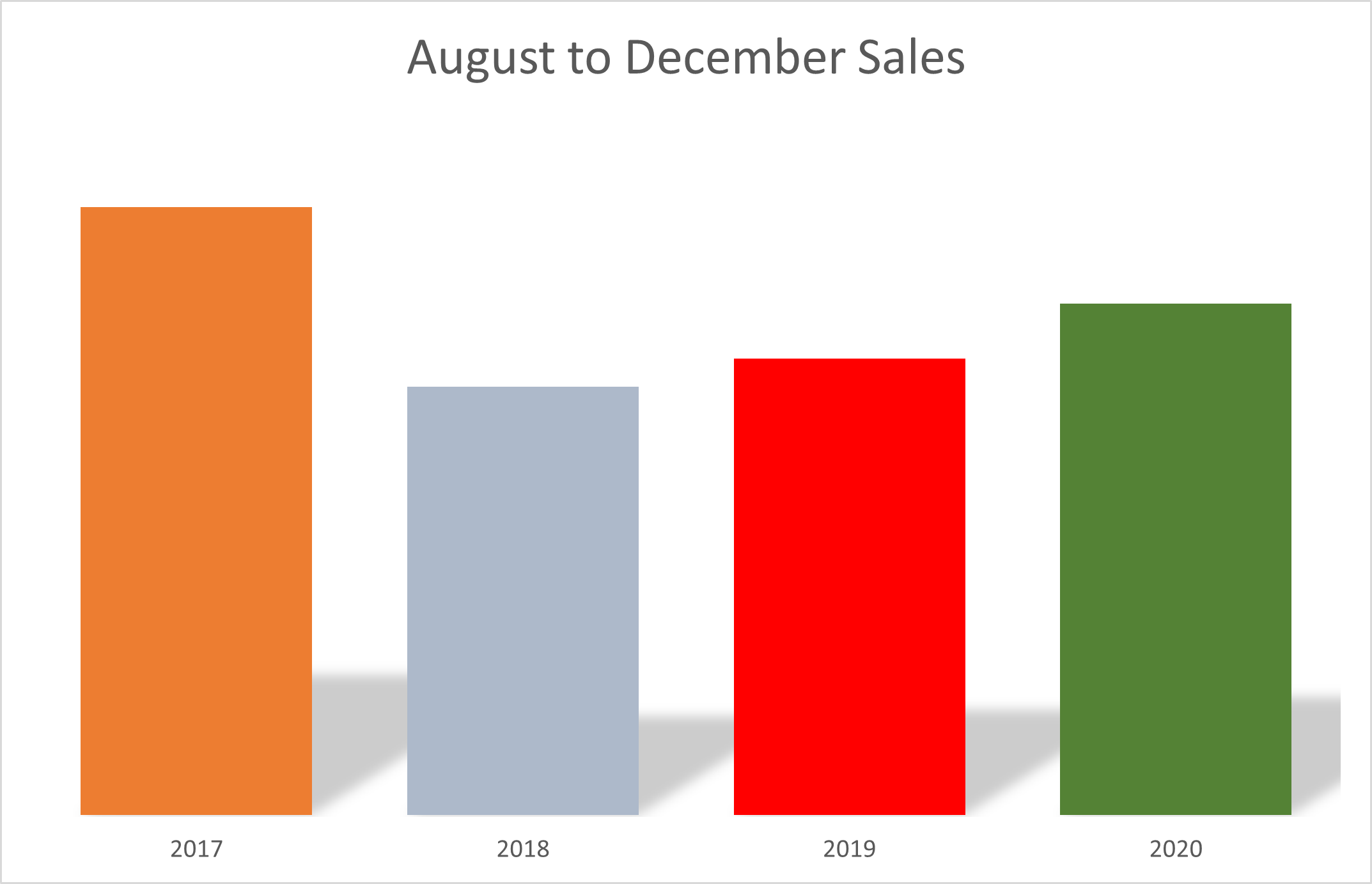 Stock unfortunately is also at an all time low with just 91 properties available in the Enniscorthy area and districts (Daft Dec 2020) which is down from the same period in 2019. This is of course due to increased demand for dwellings in Enniscorthy, with the town now having ease of access to Dublin, for people looking for value for money. You can see this in the number of enquires we have had from Dublin people through our Sherry Fitz network which has steadily increased throughout the year.

Another sign of a good strong market is when you see new homes being advertised. We are lucky to finally be able to bring to the market a new homes development called Greenhill in an area which has never really seen a housing development, Clonhaston. This area is ideally situated between the motorway and the town, letting you be only a approx. 15 minute walk into all the amenities Enniscorthy has to offer, while also being a short drive to the M11 motorway to Dublin. You can check out the new development here http://www.greenhillhomes.ie with a large amount of enquires already for those looking for an A2 rated home.

A feature of the recent covid crisis has brought the need for online auctions and we have conducted a few recently all proving successful. We sold land in Ballinamonabeg, The Ballagh (read about it here) achieving nearly €23,300 per acre while we sold a couple of houses, most notably Grove House, Blackwater (link), advertised for €250,000 and achieving €305,000 by the end after a number of bidders.

I would imagine that most of you reading this that are yet to buy or are thinking of selling, really want to know what the future holds for the Enniscorthy area. Unfortunately none of us have a crystal ball as the saying goes but by looking at the numbers, we can tell alot. With stock continuing to be low and the demand for rental as strong as its ever been, demand for second hand dwellings should maintain its current level and this in turn should mean that again next year, you could see some moderate increases. Of course, this comes with a caveat, hopefully we will return to normality by the middle of next year and that a deal for Brexit will FINALLY be agreed.

Finally to finish, I would like to wish all our customers a happy and safe Christmas and thank you for your business during the year. I hope you have found my market updates interesting and hopefully, if you are buying or selling in 2021, you will give us a call. 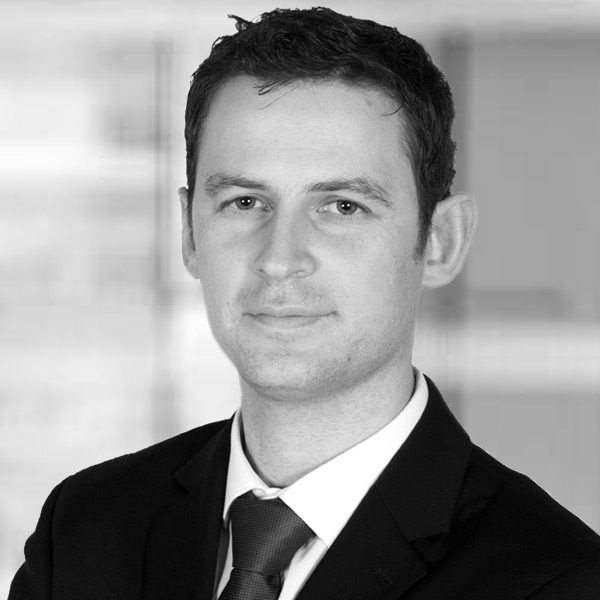