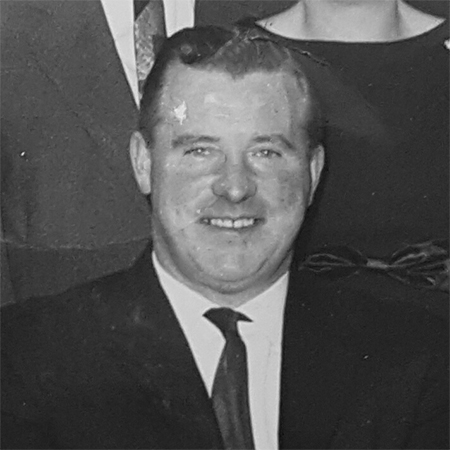 Arthur Hanley came from a large farming family in Claremount, Claremorris. He studied in Athenry Agricultural College in the early 1940’s and from there went into self-employment. He took over the auctioneering business in 1966 from Peter McGarry and he continued to run the business as McGarry & Hanley.
Arthur was a prominent business man in the area, chairman of Claremorris Chamber of Commerce and involved in many local sporting clubs. He completed work for many government agencies including the IDA who he bought and sold land for throughout Mayo. One of the largest assignments in the 1970’s was the purchase of lands for the Asahi plant in Killala in North Mayo. He was an active member of the Institute of Auctioneers and Valuers of Ireland (now SCSI) and continued to run a busy practice until his untimely death in 1991.
The business continued under the guidance of his wife Catherine until 2001 who was then succeeded by her son Gerard who runs the business to the current day.