Print
Login or Register to access this feature within mySherryFitz DESCRIPTION
Own a piece of Ireland’s history and live like lords at Ballybur Castle. The Castle and Coach House are nestled together surrounded by mature trees and lawns, in a landscape of lush farmland.

While the Coach House is rambling and charming, immediately the five story medieval Castle takes the eye. Lovingly restored over a quarter of a century by the present owners, the castle is richly atmospheric, while providing all the creature comforts today’s guests could desire.

The Castle sleeps ten, including in delicious and cosy medieval sleeping nooks, which transport you back in time – although the original inhabitants would have managed without today’s luxurious bathrooms, electricity and central heating.

The restoration has been achieved with a wonderful eye for detail, comfort and all the drama you would expect of such an incredible setting. Next door, the Coach House is another exceptional spot, with its own rambling charm.

Together these create huge potential for income, whether as visitor accommodation, a film set or wedding venue. But look again, and Ballybur could also be the most extraordinary family home for an inspired life, rewarding a true sense of adventure.

HISTORY
Ballybur castle stands on the site of an even older building said to date to 1488. Today’s tower house was built in 1588 by Richard Comerford, Lord of Ballybur, who was described as being “truly pious, upright, prudent and valiant”. Richard and his wife

Mary Comerford had three sons and eleven daughters, and Ballybur remained in the
Comerford family until they were banished in Cromwellian times.

The powerful Comerfords used the castle as a stronghold, but also as a place of celebration and entertainment.

The Papal Nuncio, Cardinal Rinnucini stayed in 1654, and was no doubt lavishly looked after. Today, Rinnucini’s restaurant in Kilkenny City celebrates his name.

Ultimately, the Comerfords were sent away, and it is said that the castle had remained roofless since “Cromwell blew it off with a cannon at the end of Ballybur Lane.” Fully and lovingly restored over a period of twenty five years, the Gray family used traditional techniques and local builders to complete the work. Today, the castle and its adjoining coach house retain a sense of their medieval origins, while having all the contemporary comforts you might need.

The castle comes with all the delicious myths you would expect of such an atmospheric building, including the story of gold, hidden under the third step of the stone flight leading to the top floor, as well as a secret passage to the neighbouring Burnchurch Castle.

BALLYBUR CASTLE
The ground floor of Ballybur Castle would have originally housed goods, and sheltered people and livestock in times of danger. Today it is a warm and welcoming kitchen, with a solid fuel range, separate gas range, and a richly timbered ceiling, offsetting the stone flagged floor. A hallway to the rear leads to a WC, and the spiral stone stairs to the first floor.

Here you’ll find a large master bedroom, with additional sleeping niches, which double up as marvellous window seats. There is a second double room on this floor, and a bathroom with a walk in shower and Victorian roll top bath. Go up again to a dramatic dining room that seats twelve, with an adjacent kitchenette. There is another
bedroom on this floor, and a shower room.
The third floor was once the chapel, and so the bedroom here has a vaulted ceiling and a beautiful sense of peace.

The magnificent double-height top floor would have been the Castle’s State Apartment. This is now a drawing room with a polished Kilkenny limestone floor, large open fireplace, and a swing seat in the window. There is a secret room off, once a priest’s hiding space; and stairs to the ramparts, where on a clear day you can see across to Mount Leinster.

Outside, find a secluded south facing patio area, with a fireplace for BBQs or evening warmth.

The Coach House is a wonderful building in its own right. The classic Irish Farm House, it has a warm woodenfloored dining room, with timbered ceiling, and a range in a nook; with a tiled kitchen area off.

There is a living room, and lounge, both with open fireplaces, and four double bedrooms, two of which are ensuite. A patio area runs the width of the coach house and looks across the gardens and grounds. The whole site is sheltered by mature trees.

Cuffesgrange is a charming rural locality, on the N76, in County Kilkenny. Surrounded by open fields and majestic pastoral landscape, the area is teeming with rich vegetation and wildlife. The crisp, pristine air clears the mind and readies the body for an adventure in living.

Locals enjoy the privacy and tranquillity of the verdant countryside, while never far from modern day amenities and facilities. Aside from the convenient location, it is the beauty and vibrancy of the natural landscape that attracts buyers to the area. 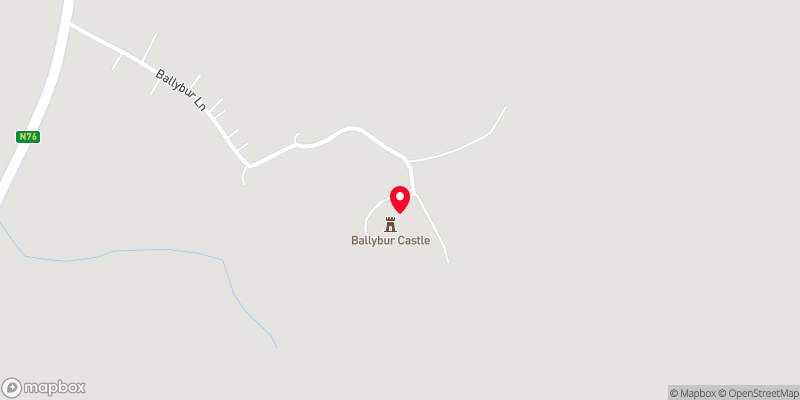 *Exceptions above 3.5 times income are potentially an option subject to availability and lending criteria.